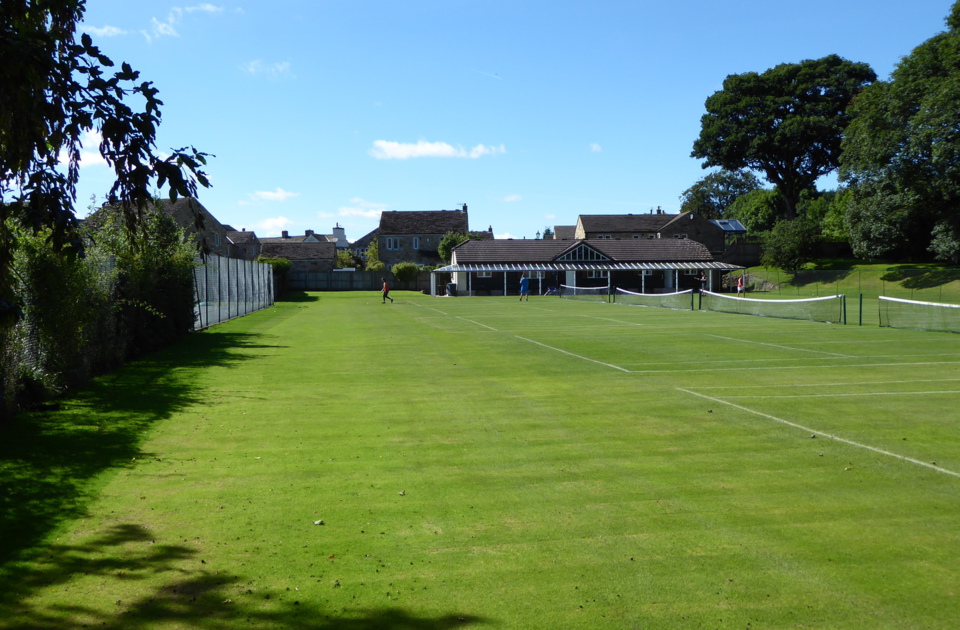 Tennis in the current circumstances - Covid-19

Following the Government announcement on 23rd March2020 - The Tennis Club is now closed until further notice.

For the latest LTA advice follow the following links:

Competitive tennis is being reviewed by for the coming season, with Wharfedale and the Bradford and Distrce Tennis Association still to decide if the leagues will run. Of course this is a situation that changes daily. As soon as a decidsion is known interested players will be notified.

Whether it is social or competitive tennis you want, Craven Lawn Tennis Club is the place. With 4 grass and 3 all weather tennis courts it is possible to play all year round.  The Club also has a croquet section that play through the summer months.

For those wishing to get their adrenalin surging, the Club runs four mixed doubles, two mens doubles and two ladies doubles league teams. The mixed teams play in divisions 1, 2 and 3 of the Wharfedale League and the mens and ladies doubles teams play in the Bradford Park Leagues.

For those just wishing to get back playing, or meet new friends, we run social tennis all year round, weather permitting, on Wednesday and Friday mornings and Sunday afternoons. Also on Tuesday evenings during the grass court season. For those wishing to brandish a croquet mallet, croquet members meet on Tuesday afternoons through the summer months.

Non-members are welcome to sample what is on offer at the club by attending our social tennis sessions on Sunday afternoons and Tuesday evenings during the season.